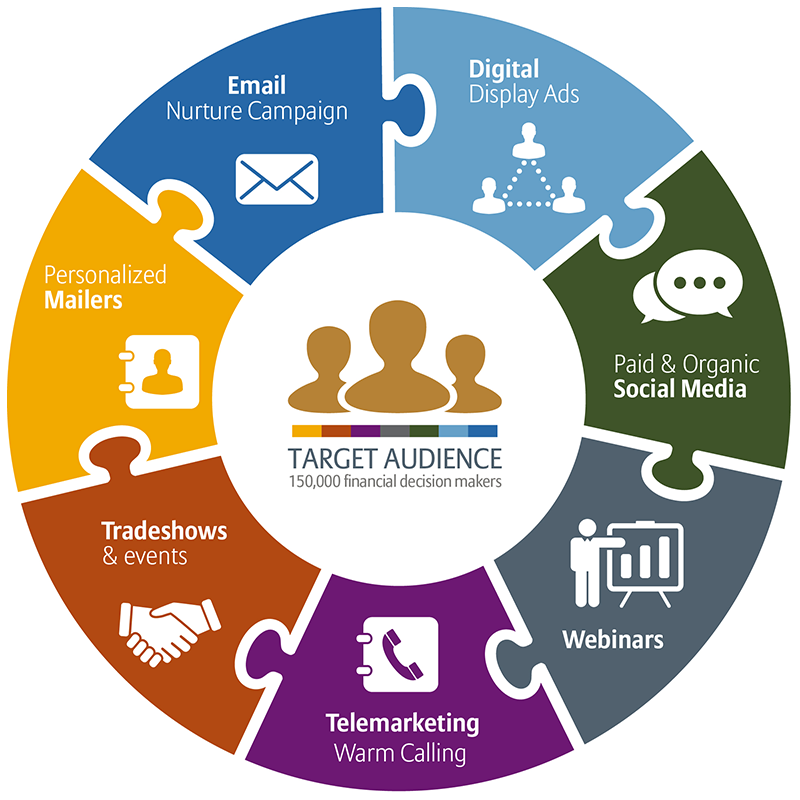 Every marketer knows the challenge of generating leads. When you are behind the pace to achieve your annual goals, it can be cause for significant worry. The marketing team at Euler Hermes North America, an insurance company specializing in trade credit insurance, which protects companies that extend credit to other businesses that purchase its products or services, faced this challenge head-on. The team had set ambitious revenue and lead generation goals for 2016, but in July, YTD revenue figures were only at 90% of the expected pace and leads were tracking at 75%.

The marketing team was challenged to come up with an intense, two-month campaign that would utilize all marketing channels to deliver an additional 700 leads, beyond the normal monthly average of 746, by the end of the year. The result was Project Wolfpack, an ambitious multi-channel undertaking that would reach the target audience – high-level financial decision makers in U.S. and Canadian companies with $1 million or more in annual B2B trade receivables – via email, digital display advertising, social media content, print mail and warm calling. All activities within each channel were coordinated to run in a 10-week timeframe in early fall.

Project Wolfpack generated 721 additional business leads beyond Euler Hermes’ normal marketing activity, exceeding their goal of 700. The $60.50 cost per lead (CPL) through Project Wolfpack was less than half the marketing team’s CPL average. Return on investment was over 600%, with over $300,000 in new business revenue and $1.3 million in potential deals still in progress. The digital and social media activity generated 2.3 million impressions, invaluable for building awareness of the Euler Hermes brand.

Naming the campaign was critical to building team enthusiasm and unity in addition to getting support from executives, noted Jill Atcheson, Euler Hermes’ vice president and head of market management for the Americas. “As a nod to the nature of bringing everyone in the department to work together in surrounding and hunting our “prey” with our messaging, we settled on Project Wolfpack. The name bonded the team and immediately caught executive attention. This attention was crucial for making the business case to reallocate marketing funds from initial earmarked priorities.”

Campaign project leader Drew Sogn agreed, and emphasized that communication among team members was essential to the campaign’s success. “With a complex multi-touch campaign everyone on the team can and should play a role, both at the ideation phase and throughout the execution phase. Intra-team communication is key. My best advice for promoting that communication is to have regular, brief stand-up meetings at least twice per week so that any roadblocks, questions or other issues can be quickly discussed and addressed. Involving the whole team from the outset of the project was key to achieving our own buy-in from the very beginning because it fostered a sense of shared ownership throughout the project.”

For more information on the Marketing Excellence Awards and the other winners, visit our news release.