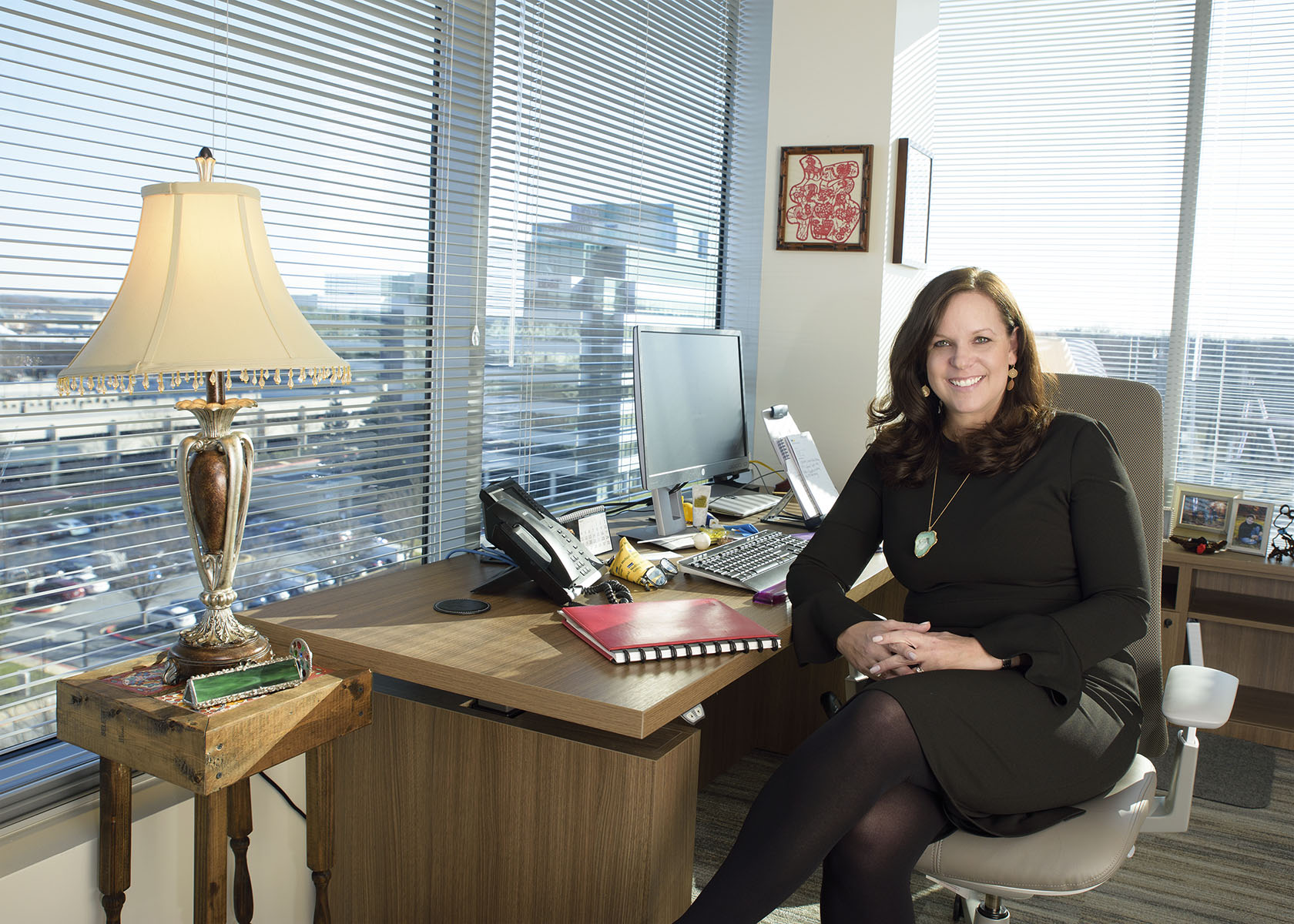 Jean Bunker: Be a Teammate First and a Leader Second
AMA Baltimore

Jean Bunker describes herself as a business communicator who thrives on challenges and diversity of experiences. With more than 25 years in marketing, including 15 years with MedStar Health, Bunker truly enjoys her work as vice president of Marketing, Communications and Physician Relations at MedStar Medical Group. “I achieve meaning in the work that I do and the team I do it with. The large majority of the things that land on my plate, I genuinely take great pleasure in doing.”

Bunker started out her career working in marketing for a company in London. Torn between a permanent opportunity overseas and launching her career stateside, she joined an ad and PR agency that represented Helix Health, a Baltimore-based health system, until its merger with Medlantic Healthcare Group in Washington, DC, to form MedStar Health. After receiving a master’s degree in Public Communication from American University and a year working in University Communications at University of Maryland, College Park, she joined MedStar’s newly formed Corporate Communications department as a manager. “Making the move to MedStar was a major career move for me because it allowed me to solidify my focus in marketing,” says Bunker. “I was worried about being niched into PR. I was ambitious early in my career – not in a dog-eat-dog-eat-your-young kind of way,” she laughs, “but I had this appetite to learn and achieve: ‘How can I do it better? How can I make it better for my organization?’” After three years in corporate communications, Bunker embraced a new role to build a marketing department at MedStar Harbor Hospital, where she rose in responsibility to serve as vice president of Marketing, Community Relations and Philanthropy.

During her tenure at MedStar Harbor, Bunker enjoyed a diverse set of responsibilities – marketing, internal communications, parish nurses, community relations, the fitness center, philanthropy, service excellence, the main front desk, even the operators at the switchboard. “As MedStar Harbor evolved, my role evolved,” she says. “It was fun. When I accepted the oversight of the operators, I worked the switchboard on every shift to get the feel. It makes sense for marketing to have a role in that aspect of the hospital. It’s the brand in action. The brands you love are the ones who offer the best service.” After 10 years at MedStar Harbor, Bunker took a two-year break from MedStar to work at Feinstein Kean Healthcare, an Ogilvy agency that works at the intersection of science, technology and health care. When MedStar was starting up its medical group, Bunker was asked to join the executive team and came “home to MedStar,” adding, “I’ve been fortunate that I’ve been able to do so many things,” says Bunker. “Because I’ve led many areas in addition to marketing, it’s helped me stay intellectually stimulated and gives me an even better understanding of the business I’m responsible for  marketing.”

However invigorating the job may be, Bunker says that recharging creatively and personally is a challenge. “We live in an era where we are bombarded with stimulation. I have a busy job, three sons, and my husband has been away during the week studying to become an Episcopal priest for the past three years,” she says. “Recharging period — physically, emotionally, creatively — is the big challenge.” When asked how she manages this, she answers, “My team recharges me. There’s nothing like getting around your people. If I’m feeling really depleted, they rev me up. Surround yourself with great people and it pays dividends.”

Bunker truly believes in being a teammate first and a leader second. “A not nice senior leader once said to me early in my career, ‘Back off and know your role.’ I will never forget how he belittled me,” says Bunker. “I try to do the opposite. If someone wants to stretch and grow, I let them do it. Let’s put the support around them to grow. The trick is to find those opportunities in the ‘to-dos that have to get to-done.’”

For marketers, Bunker has a few pieces of advice. “If you want to be a successful communicator, you have to first truly understand the operations of your business. And next, you must be a deft listener. We have a marketer’s lens on things and it isn’t always reality — you have to listen to the inside experts and listen to the end user,” she says. “I may have an idea that I think is fantastic, but if VP of Operations comes to say why the idea won’t work, I’d be a fool not to listen. A lot of us (in marketing) tend to be good talkers and skilled at framing/positioning things. Listening will make a better product.”

She also says that being too professionally “grabby” is a turnoff. “Your works speaks volumes. It will do a better job speaking for you than you will. It’s been my experience that if you focus on today and do well today, tomorrow will take care of itself. I tell my kids this, too,” Bunker says. “If you do that, your work will be much stronger, people will take notice, and doors will open.”