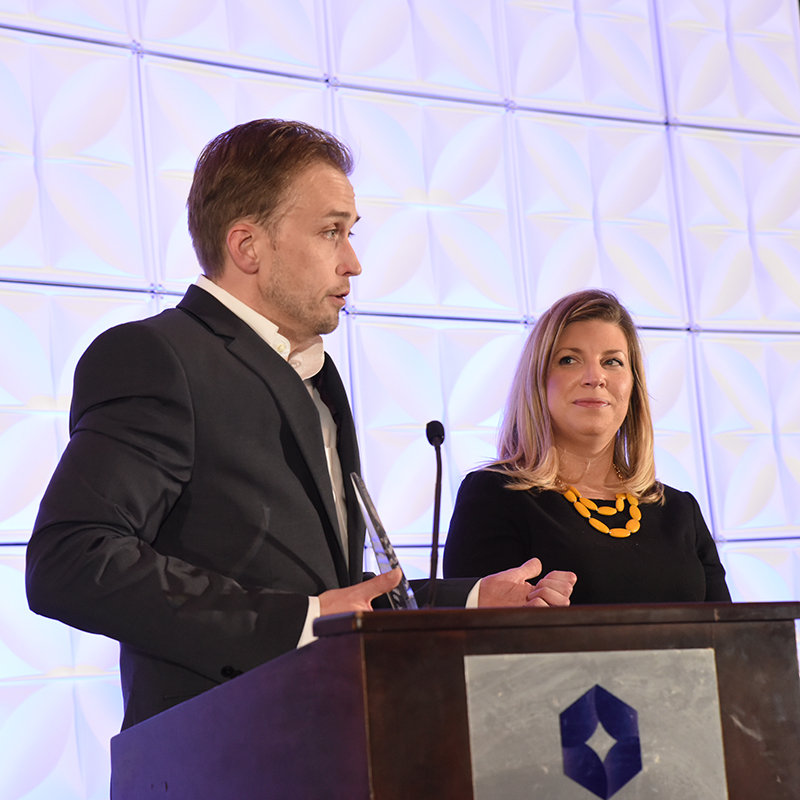 For Euler Hermes North America, retaining customers and achieving a high Net Promoter Score (a measure of customer satisfaction), is critical to its success. The company, which sells trade credit insurance to companies with at least $1 million in B2B receivables, protecting them in case a customer fails to pay its invoices, had a consistent customer retention rate of 85% and a Net Promoter Score (NPS) in the 50s each year. But they felt they could achieve more. In 2017, the marketing department set an ambitious goal of an 88% customer retention rate and an increase in NPS of 5%.

To reach that goal, the department launched True Customer Centricity (TCC), a company-wide initiative with two objectives: to transform the customer experience and reinvigorate the company’s culture by bringing the connection between employees and customers to life. Employees, particularly those in direct customer support roles, have a tremendous impact on the customer experience and, ultimately, customer retention and NPS. Trade credit insurance might sound mundane, but for Euler Hermes’ customers, it represents a lifeline: they can protect themselves from potentially catastrophic bad debt losses and feel confident in expanding into new markets and customer segments, in turn creating jobs and positive economic impact.

The goal of the TCC initiative was for employees to recognize the impact and value of their work and understand the important role they play in helping the company and their customers achieve their goals. In addition to other connected improvement activities planned for employees during the year, the marketing team realized that they needed to portray the human element of their work. They decided video was the most effective vehicle to tell customer stories in a way that would resonate with employees on a deeper, personal level.

Partnering with the sales team, the marketing team identified Portland, Oregon-based outdoor gear maker KEEN Footwear as the customer to feature, and worked with a videographer to create a compelling story focusing on the partnership between KEEN and Euler Hermes. To make the finished product beneficial to both companies, Euler Hermes sought to position KEEN as a leader in risk management, capture the company’s culture and put a human face on the brand through thought-provoking interview questions and extensive footage of the operations at KEEN’s office, factory and retail store.

The marketing team knew that in order for the video to have its intended effect of building internal pride and excitement for Euler Hermes’ products and services, they had to grab employees’ attention with something different, so they created KEEN Day. In the days leading up to the event, they sent a series of emails and messages through an internal messaging app to all employees, with facts about KEEN and their relationship with Euler Hermes, and an invitation to dress in outdoor gear and view the video together in the employee common area. In addition to the video premiere, employees were surprised with a photo booth where they could take pictures in their outdoor gear with outdoor-themed props and win a prize for the most creative photo.

The marketing team gave a brief introduction to the two-and-a-half-minute video, emphasizing how KEEN benefits from its partnership with Euler Hermes and the role all Euler Hermes employees play in building and maintaining that relationship. Employee feedback on the video and entire event was overwhelmingly positive. Pictures of the event were shared with KEEN executives, who were flattered to see Euler Hermes employees celebrating their partnership.

Drew Sogn, Euler Hermes’ AVP of marketing strategy and brand management, encourages marketers to recognize the value of internal marketing: “It’s important not to take for granted that internal colleagues know what’s going on in Marketing and, more important, what they should do with that information. Communicating in an engaging and fun way helps cut through the clutter — we all get too many emails to read. Make it a fun event, pique curiosity and force people to leave their computers for a few minutes to take in the information. Driving behavior that helps increase customer retention even by a little bit can pay major dividends.”